New metal world headliners IGORRR - the first foreigner band in the program of the renewed festival!

Along with the easing restrictions situation in Lithuania the KILKIM ŽAIBU festival has decided to try its luck and make every effort to enrich the program of the event with at least several names from abroad.

The first to agree on making this little miracle are the new metal world headliners from France - IGORRR.

Through his whacky melding of breakbeats, extreme metal, classical, and baroque music, Gautier Serre – also known as IGORRR – deserves a safe spot on any worthy listing of France’s most boundary pushing acts, having brought both metalheads and electronic music fans out of their comfort zone, uniting them on the unexplored middle ground between the two genres. Over a decade into his career, the mad Frenchman’s quirky, deranged musings still defy all attempts at finding definite categorisation.

“I just want to make the music I love, without asking myself if it's going to be too complex or too far from what people like. I want to make the music which has sense to me, with no restrictions, like a big party with metalheads, electronics nerds, classical and baroque-heads and gypsy violinists getting drunk and joining together to bring the best of every genre.” - Gautier Serre.

Initially influenced by the likes of Meshuggah, Frédéric Chopin, Cannibal Corpse, Johann Sebastian Bach, Domenico Scarlatti, Taraf de Haïdouks and Aphex Twin, traces of these artists can be found littered across IGORRR’s discography, but Serre has never been interested in remaining static or merely recycling ideas, and his work has dramatically evolved accordingly. It deeply explains how Igorrr’s music is such an explosion of creativity while keeping a cohesive universe records after records.

In recent years, IGORRR has also become a collective, rather than the work of one man alone, which has brought a new level of intensity into the group live representations.

This time we say without doubts – there was no such band in Kilkim Žaibu like IGORRR!

This is symbolic - the first foreign band that has agreed to come to Lithuania after the quarantine deserves a special respect from the festival's organizers. We're very much looking forward to see them at KILKIM ŽAIBU '21! 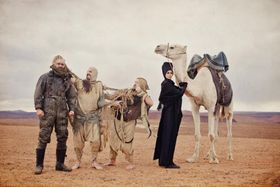 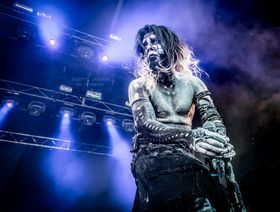