To this day, KILKIM ŽAIBU festival, promoting Baltic culture and extreme music, used to take place at beautiful Semigallian and Samogitian locations. It is rather inclined to get attached, but remains free and independent. Although we’ve spent quite some time in Varniai and really love its surroundings, it feels right to light the festival’s fire somewhere else too. We don't say goodbye to Samogitia, but, in
pursuit of something new, a gust of fresh air and some new experience, we’re moving to Aukštaitija.

KILKIM ŽAIBU XXII festival will take place on 23-25 June 2022 in the territory of Antanas Smetona Manor Museum in Ukmergė district. This decision is quite unexpected for us too. The choice of this location that is quite unusual for a heavy music event was fostered by a very convenient geographic location – nearly in the middle of Lithuania. Welcomed by very friendly representatives of Ukmergė District Municipality, we decided to cooperate. The location, offered for the event – the homeland of the well-known historical figure Antanas Smetona also inspired us to focus more attention on this period of Lithuania’s history. Although some of the event’s programme will be related to celebrating the Summer Solstice, it will also include cultural, historical and folk elements of the Interwar and post-war times in Lithuania and the neighbouring countries.

The programme will also include music, folk and living history clubs that revolve around this period.

This edition of the festival will re-define the concept of blurring the lines between different historical periods once more. You will be able to get to know the lifestyle of our ancestors that live one thousand years ago, and also to explore the aspects of the quite recent historical period of our grandparents.

Of course, these are only some of the additional highlights of our festival, which stands on a foundation of a powerful musical lineup, featuring well-known heavy music performers. Ukmergė’s authorities, proudly referring to their city as ‘Rockmergė’, have not been intimidated by our festival’s format, and noted that Ukmergė not only used to host the famous March of Rock, but continues to host other rock events to this day. Meanwhile, the name of the President Antanas Smetona should not have any restrictive impact on our event either. After all, the President’s summer residence was established namely for recreation and having fun. We like to entertain ourselves with the thought that the President, who had surpassed his time, could even like the cultural changes taking place at his manor: he was interested in art, history, and lived in a truly patriotic spirit, while his impeccable style could inspire even the most fashionable barbershop visitors of our time... :)

Please note that this will be a full-fledged event, taking place, as always, three days and three nights. The manor park, located on the shore of the beautiful Lake Lėnas, has plenty of place for everyone. The territory of the event will be more spacious than we’re used to in Varniai, which will make parking and camping even more comfortable. The museum of the manor will welcome all interested for lectures and tours. The beaches of the lake will refresh you on a hot summer day, while all sauna fans will be able to check out the sauna traditions, passed down by the President himself. The hungry will definitely appreciated the tempting culinary heritage of the time.

The first bands will be announced as soon as the first 300 tickets €50 each land safely in the pockets of the festival’s most dedicated fans.

Get your tickets before their price increases! 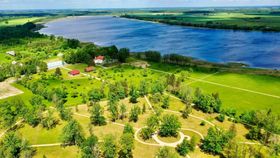 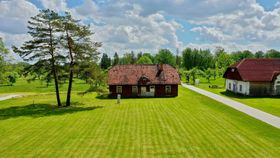 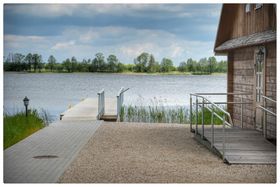 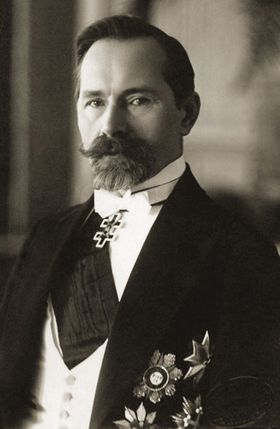